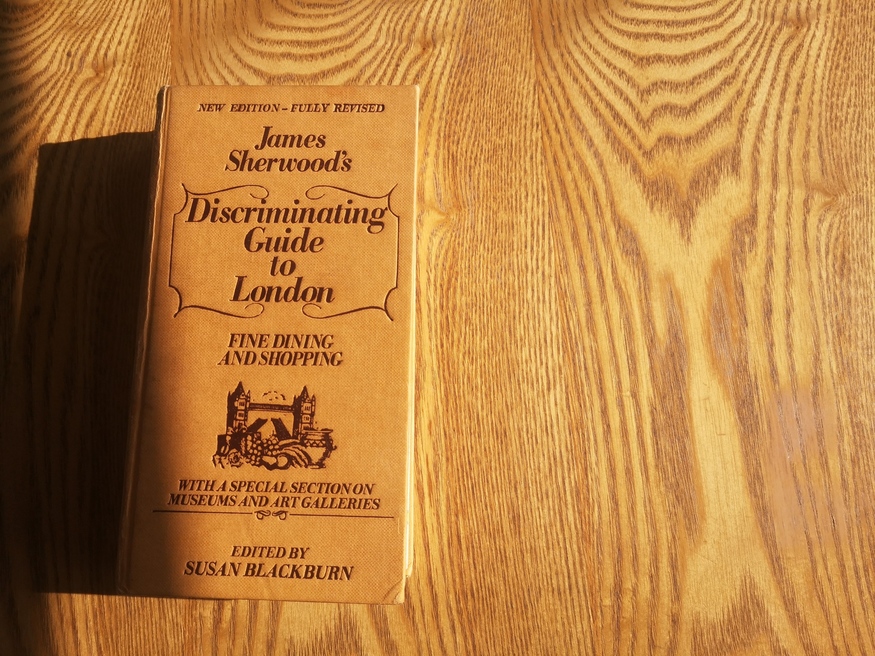 Woe betide anyone who served James Sherwood a stodgy dumpling or a limp salad.

In his 1977 edition of James Sherwood’s Discriminating Guide to London, the catty man-about-town singles out the finest dining rooms in London, fit for those occupying the upper-echelons of society. He also demotes one hapless group of restaurants to a section in the back of the book called ‘Not For Us’. This insalubrious nether-region is a dank dungeon of words, in which Sherwood spits vitriol, until each restaurant is covered in the stuff.

Amusingly, many of these restaurants are still beloved by Londoners today. 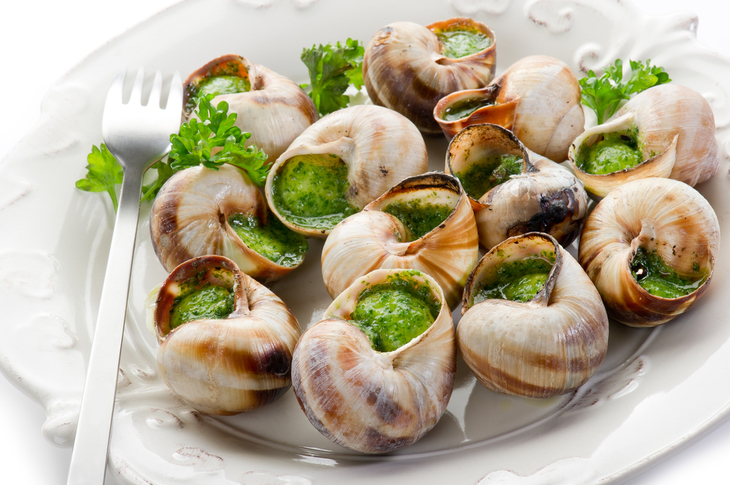 Inedible snails. Actually, these ones look quite good. Image: Shutterstock

Well it may be that the mauve and the lavender, the parma violet and the puce of the decor dizzy your digestion and traumatize your taste buds… but whatever blame is due to the decorator must be shared by a chef who, on different occasions offered inedible snails, soup innocent of nutriment or flavour, bland bearnaise, insipid young partridge, over-cooked mange-touts, greasy duck, tinned figs, tasteless artichoke hearts, leukemic tomatoes and very dreary petit-fours. The cheese was a disgrace of packaged varieties.

— Bloom’s, Whitechapel. This Jewish institution shut almost 20 years after Sherwood’s unkind word, to the sadness of many critics. Although they largely agreed the food was not good.

“Game that might have been hung when the Edwardian pictures were”

On our visits, “deep-fried” seemed to mean frizzled-through-the-core, games pies were made of game that might have been hung when the Edwardian pictures were, vegetables (boiled for days in a cauldron?) were unidentifiable by taste and few, meat was stringy. A graffito in the men’s room says “Rules O.K?” The answer is no.

— Rules, Covent Garden. Ouch. But to this day, Rules claims to be London’s oldest restaurant. 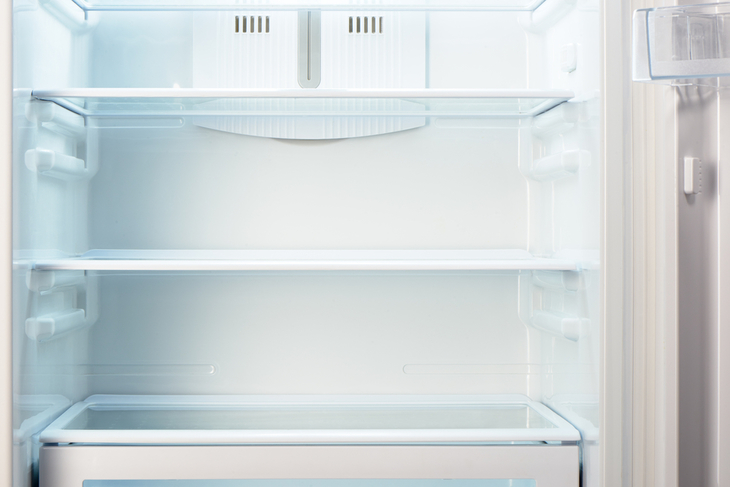 No one wants their chicken to taste of this. Image: Shutterstock

“Unless emergency measures are taken, it will disappear”

“Tasted of the battery and the fridge”

Unfortunately, the cooking has declined. Our poulet-farci still tasted of the battery and the fridge. The cheese tray was a disgrace of packaged supermarket banalities.

— Chez Moi, Holland Park. Alas, although it looks like Chez Moi weathered the critic’s withering write-up for at least another 20 years, it’s no longer with us. Also: Sherwood really does find packaged cheese disgraceful.

“Tables are far too small”

Tables are separated by three inches and are far too small. Waiters bump against you every few seconds.

— Chez Solange, Leicester Square. No longer with us, although in 2014, John Hurt wistfully remembered it as his best ever meal. Sadly, he’s no longer with us either. 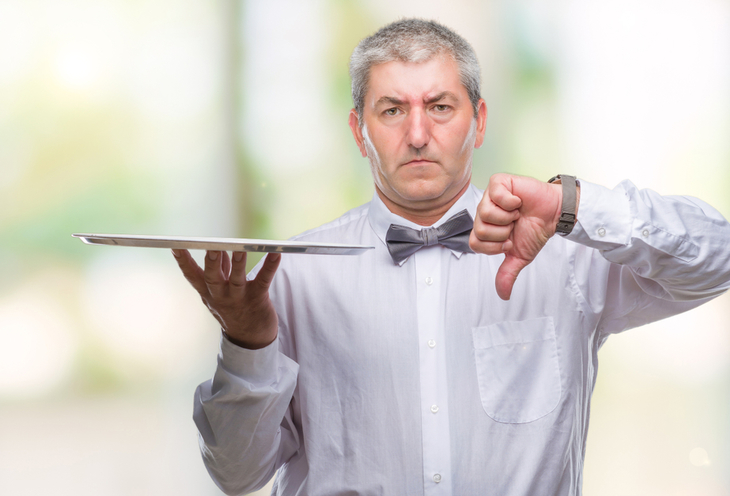 “No I will NOT help you with your coat”. Image: Shutterstock

“No help on with our coats”

Service included: a head waiter loudly dressing down two underlings, an Irish bartender who brought a substitute for the wine ordered without first offering an explanation, nary a “thank you” and no help on with our coats.

— Cunninghams, Mayfair. Sherwood would be glad to know that the staff have long been out of jobs. The thankless, non-helping-with-your-coat bastards.

“Much of the food has become inedible”

Just two years ago we enthusiastically recommended the Dumpling Inn. [It] has become shabby, the always-detached service has become argumentative when faced with complaint, and much of the food has become inedible. Mr Miao (the manager) obviously needs catnip or tibs.

— The Dumpling Inn, Chinatown. Catty feedback indeed. Actually, The Dumpling Inn is still going strong, still getting some pretty awful reviews on TripAdvisor (but positive ones too).

“What we imagine food in a California tea room might be”

The food, which was once very decent, now tastes like what we imagine food in a California tea room might be: insipid in spite of ingredients like “sour cream and cocktail sauce” and “bananas and curry sauce”.

— Inigo Jones, Covent Garden. What a strange analogy. Still, it’s gone, and we can breathe a sigh of relief, by the sounds of that menu. 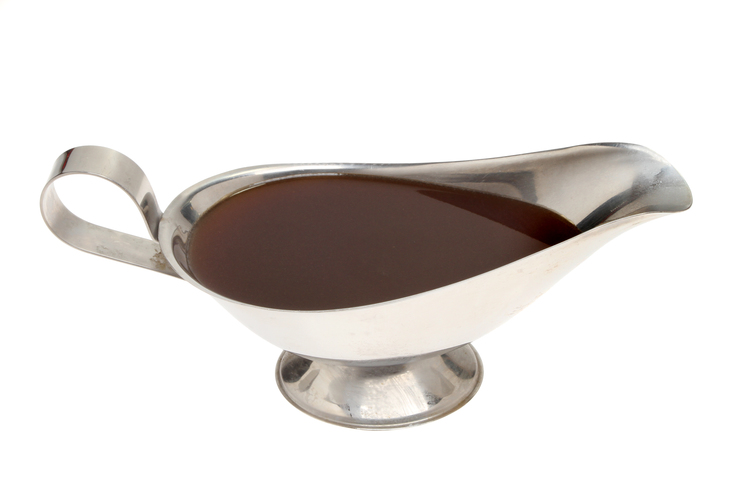 It’s now almost impossible to find a trace of the legendary panaches and flair, especially in the kitchen. We had overcooked omelettes, under-seasoned soup, anonymous thick brown sauce on an entrecote, bland spinach and what tasted like instant potatoes served by kind but undisciplined waiters.

— The Ivy, Charing Cross. More fool you, Jasmes Sherwood. There’s now a bloody Ivy on every street corner of the UK.

We didn’t mind the paper tablecloths, the missing odd fork or spoon, even the red wine being poured into the same glass and residue of the white. But we did mind the sardines d’artois being sardine paste on pastry, the quiche with juiceless meat, the tasteless kipper pate, the lukewarm saucisson with lentils, the salad drowned in glutinous dressing…

“The soup owed a debt to Knorr”

It’s got lovely hot bread, lovely fin de siecle naked ladies on the walls, and one of the loveliest outdoor terraces for summer outdoor eating in London. But we thought the mushroom soup owed a debt to Knorr, and the salmon for our mousse had come from a tin. 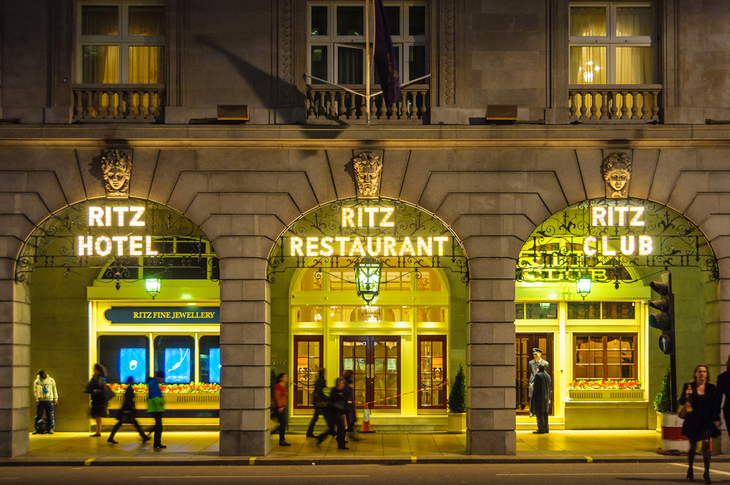 …we drank mediocre coffee as a boy in a filthy white jacket and blood-spotted apron cleared away.

— Ritz Hotel Dining Room. You stupid boy. The Ritz is still there, believe it or not.

Not for the discriminating diner, but probably a must for discriminating viewers… And don’t forget that certificate of having dined “in orbit”… you probably won’t go again.

— Top of the Tower, Fitzrovia. That’s what we now know as the BT Tower. The restaurant closed down a few years after this review was written, although you can still get up there for a glass of wine occasionally.

“The food tasted of tins, fridges, freezers and diesel oil”

In a dark converted warehouse decorated in a mixture of Las Vegas Roman and English Church Hall, and filled with polystyrene statuary and joyless waiters, you can order from a “witty” Latin menu, dance to a small Italian band and gaze out over the Thames. However: the food tasted of tins, fridges, freezers and diesel oil.

— Villa Dei Cesari, Pimlico. We’re mightily impressed that Sherwood can distinguish between the taste of a fridge and a freezer. The restaurant is gone, but some have fond memories of it.

You can find copies of James Sherwood’s Discriminating Guide to London online, although we found ours for £1.50 in the Fifteenth Century Bookshop in Lewes.