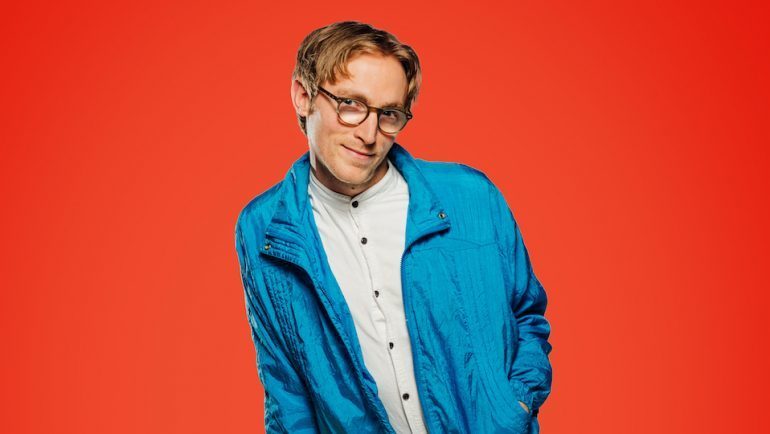 Rob Carter’s rhotacism-inflected alter-ego Christopher Bliss reels off novels like Agatha Christie reeled off… well, novels. His yarn of a field-side chip-seller who becomes prime minister and makes all the big calls by pretending they’re condiment choices, follows in the footsteps of the great Tim Key (a man who can spin the concept of demolishing Magnums at Waterloo station into comedy gold).

But Bliss has done books now. It’s time to make a movie — namely his Bondesque vanity project The Man Who Turns Wives into Widows. One snag: he doesn’t own a camera, so we have to create our own special effects (blinking when we’re told to, basically). We’re also encouraged to yell out “Ruddy hell!” and “Great writing!” whenever we feel like it — and though it’s all slathered in irony, Carter is genuinely an excellent comedy scribe.

While 007’s been parodied to Kingdom Come, Bliss gets away with it through a combination of Cold War Steve-inspired backdrops, deliciously delivered reveals (the villain is *gasp* doing ‘dwugs’), and absurd characters like Wendy Sex, first seen waddling out of the waves at Las Vegas beach.

A creation like Christopher Bliss may not be novel, but to get lost in an hour of unmitigated silliness is often exactly what you need. Step aside Johnny English: Bond send-ups just got funny again.

Christopher Bliss, The Man Who Turns Wives into Widows, Soho Theatre, until 9 November, tickets from £16